Remember when my hot water heater wouldn't heat water? NOW my washing machine won't spin out the water. I think it's the little switch inside that lid that's broken?

The machine filled up and agitated the clothes. Now the wet clothes are just sitting there soaking. Could get stinky if I leave things like this...


Where would you find a washing machine repairman on a holiday weekend anyway? Do I dare try to do THIS myself too?

Labels: do it yourself?, no hot water, washing machine repair

Kathi, I'm sorry that you have a broken washing machine. I myself would not risk it repaired. I wish you luck and good weekend.

Kathi, did any of the water drain out? That happened to mine...if the water doesn't drain out to a certain point, the machine won't spin. Had to bail out the machine, wring out the clothes by hand and haul them to a friend's. When the repairman finally came (days later!), he discovered that the machine wasn't broken at all; a nickel (?!!) had somehow found it's way (most likely from my son's pocket) into the pump valve and blocked it. Wierd, since I thought it was an entirely closed system.

Moral of the story is that things are not always what they seem. I'd not attempt such a repair unless I knew exactly that was the problem... Good Luck!

Kathi
Cape Canaveral, Florida, United States
I began my adventure in miniatures in 2009 when I found my first dollhouse at a garage sale. I love the beach and most of my miniatures are "beachy." I enjoy making my own minis and love to try new things! I'm really enjoying this wonderful world of blogging and have found so many great friends here! Thank you for reading my blog and following along. Blessings, Kathi

Places I Love to Visit! 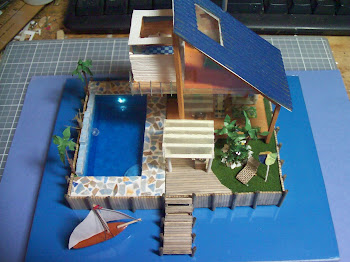